A seaside amateur dramatic company are starting an evening rehearsal at their rented theatre at the end of the pier, hoping to get away before the oncoming storm breaks. Director Martin, his wife Sylvia, leading man Alex and character lady Moppet are being assisted by stage hand Sandra and her friend Ginny. It soon becomes clear that Alex and Sylvia are having an affair: unfortunately, Alex’s girlfriend Linda has followed him and is dismayed to have her suspicions confirmed. Even more unfortunately, stand-in caretaker Harry has gone home after accidentally locking them all in together. When the storm knocks out most of the pier lights as well, everyone settles in for a cold and tedious wait until morning.

Sandra and Ginny play what appears to be a practical joke gone terribly wrong, as Sandra pretends to be a ghost to terrify the others, but immediately afterwards is killed by  a fall through the backstage trapdoor. In the aftermath of that, Linda chooses to publicly reveal Sylvia’s infidelity to Martin, and then Moppet – after drinking from Martin’s hip flask – is apparently poisoned. Shortly afterwards, Linda is found strangled and the survivors gather in bewildered paranoia. Martin, an unlikely hero, sets off determinedly to swim for help. Then Ginny, too, is poisoned…and Alex and Sylvia both collapse.

You think this is bad enough – there are a whole lot more twists yet to unfold!!!  To find out more, you will need to book your seats and come along and see what is about to unfold next.  The suspense will keep you on the edge of your seats!!! 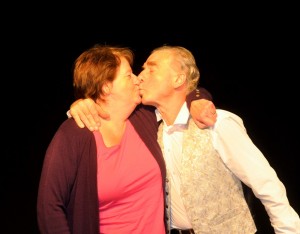 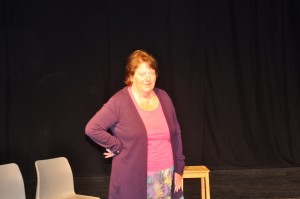 then Sandra bursts into gig 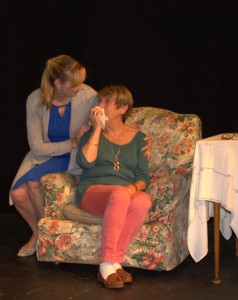 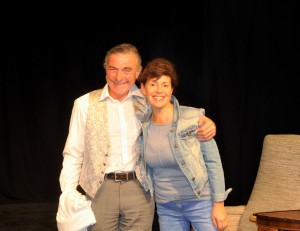 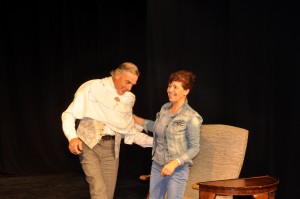 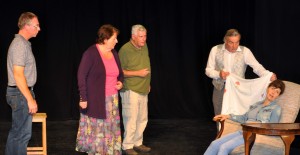 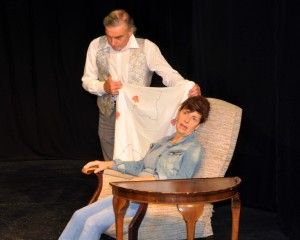 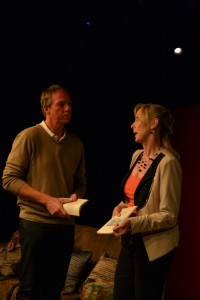 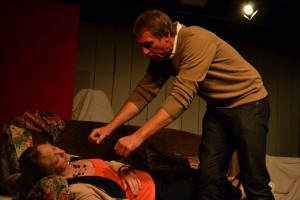 Harry appears from the front of the hall, revealed as Peter, the producer and very pleased indeed with

the results of this dress rehearsal. The cast gather round, ready to adjourn to e pub, while Peter 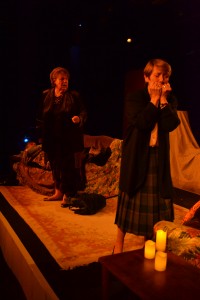 has the theatre darkened, then turns to the audience  with the words: “Oh, are you still here? Well, you might as well 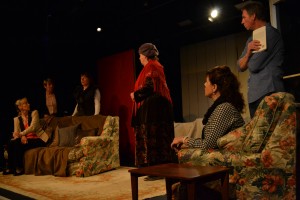 go home now, it’s all over. 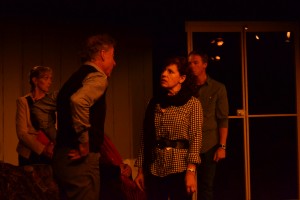 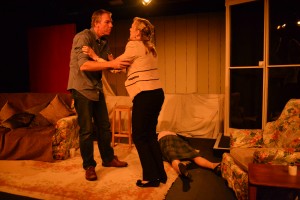